Home what-can-you-do-if-your-pet-outlives-you
What Can You Do If Your Pet Outlives You?

What Can You Do If Your Pet Outlives You?

The most important thing you can do for your pets is to protect their future by getting a PetWill. You would never let your kids drive with you in a car without their seatbelts, and you shouldn't have pets without a PetWill. As far as the law is concerned, your pet is nothing but property. That means they have little to no rights and certainly no voice in their own lives. They are fully courting on you for love, protection and ongoing care. If you are no longer able to care for your beloved pet, who will? PetWill is the simple, fast and affordable way to allow you to make sure your wishes about your pets’ care is handled if you’re not there to care for your pet.

Just visit MyPetWill.com and take a few moments to complete the simple pre-made PetWill questionnaire. Once you are done, all your pets you add will have legal protection to the trust assets, successor pet guardians to provide them with daily care, and detailed instructions regarding  medications, diet and veterinary information all in one place. Your pet is part of your family and PetWill gives you peace of mind that your precious pet will be well taken care of should something unexpected happen in your life.

PetWill is exactly what pet parents have been waiting for. It’s a real game changer in the complicated, expensive world of pet estate planning. We have taken a process that could cost up to $5,000 or more with an animal law lawyer or pet estate planning attorney and are offering it in all 50 states for only $15.95! Yes, you read that right. It has never been easier to safeguard your pet's future, feel good about it and give your pets legal protection. The icing on the cake is that PetWill donates directly to animal shelters and rescue organizations in your local area. So when you buy a PetWill you are protecting your own pets and also saving a shelter pet's life at the same time.

At last count in 2015, there were over 75 million dogs, and 88 million cats living with their loving pet parents in the U.S. Now, add in those amazing pets like birds and horses. And, add in the exotics like rabbits, ferrets, guinea pigs, mice, snakes, lizards…well you get the picture. We love our pets. There are an estimated 300 million companion animals living in the United States today.

In fact around 95% of us love our pets so much we consider them a part of the family. We’re “humanizing” our pets and otherwise taking great care of them to the tune of around $60 billion dollars per year. Yes, billion with a ‘b’ – dollars spent on them last year and growing every year. The pet industry was one of a handful of industries growing during all recessions and the numbers are climbing faster every year.

Why is it then that every year roughly 7 million of these animals end up in animal shelters across the nation? Worse, 60% of dogs and 70% of cats end up as a sad statistic making up the estimated 3 to 4 million pets that are euthanized each year! And, how about the precious and beloved exotic pets like horses, birds, reptiles, fish, rabbits, guinea pigs, chinchillas, snakes … the list goes on and on … that lose their dignity, their rights, and maybe even their lives because their pet parents didn’t have a plan for them?

When pet parents and their family members hear the courts call their beloved pets “property,” they feel terrible about this awful legal reality. The fact is, pet parents spend an abundant amount of money on toys and treats, but most of them haven’t even planned for their pets’ future and given them proper legal rights. PetWill enables anyone to plan for their pets’ future simply, easily and affordably.

A PetWill Pet ID Tag that comes standard with all PetWill's may helps find your pets if they are lost. A PetWill can reduce the number of pets that end up in shelters, reduces the burden on animal shelters and pet rescue organizations and provides dignity and legal protection to pets who are a cherished part of your family.

The pets who end up in shelters and killed because they outlived their owners are the saddest, because this tragedy could have been prevented. That number again is estimated around 500,000 every year! These are the pets who ended up in the shelter because someone didn’t put an “in case of emergency” plan in place for their loving companion, and the emergency happened. The pet parent became incapacitated, lost their job and couldn’t afford their little buddy anymore, got sick, or God forbid, even passed away. And it can happen to anyone at any age. In fact it does every single day. Each killed or abandoned pet represents somebody’s once beloved pet. Don't let this happen to your pets! And with MyPetWill.com you can save your pet's life quickly.

To explain more about how you can make a plan for the future of your pet, Jennifer and her beloved pet dog, Rocky are our stars for today. Follow their adventure, and see how to prevent this from happening to you, your loved ones and of course your beloved pet.

Poor Rocky, he’s confused, scared, wondering why his pet parent hasn’t responded to his kisses. She just lay there on the floor after a terrible crashing noise when she went up a big ladder to change the living room light bulb. He’d seen her foot slip off the ladder step. He’d seen how Jennifer got tangled in the ladder on the way down. And now she was just lying there knocked out.

As luck would have it, Jennifer’s neighbor, Maria, the daughter of the man next door, was just coming over to have coffee with Jennifer. As she always did, she brought her dad’s dog Maya over to play with Rocky as the two women talked. Maria knocked and got no answer. That was strange. Jennifer was expecting her. What was stranger still was that Maya kept pawing at the door, and she could hear Rocky whining and barking inside, Maria let herself in. When she saw the scene of this accident and Jennifer’s lifeless body, she immediately called 911.

The first responders were kind and gentle. One of them picked up Rocky, and as he did so, he noticed a beautiful tag with “Visit link for my guardians, diet, care, meds & info." Along with Rocky; unique PetWill Profile ID Link where anyone on any device could pull up Rocky's Online Pet profile. The first responder pulled out his smart phone and did just that. The web page came up immediately, and the first responder knew exactly who to call to come and get Rocky for safekeeping, Rocky’s listed pet guardian, Michael. He even knew if it was time for Rocky’s medicine, and that he liked a treat afterwards. Before the first responders had even loaded Jennifer into the ambulance, Rocky’s guardian, Michael, was on his way to get him. Maria generously offered to stay with Rocky until Michael got there.

Earlier that month, before her fall, Jennifer had looked into Rocky’s legal rights. She wanted to plan for his future even though she herself was only 37. What she learned only depressed her. And the cost was prohibitive – running from $1,500-$6,000 depending on the situation. She didn’t have that kind of money.

But as luck would have it, Jennifer had told her friend, Michael, of her pet estate planning research. She told him she’d never even heard of pet estate planning before this week, and that it was confusing. A pet will? Pet trust? Traditional pet trust or statutory pet trust – which would suit her needs better? And she still didn’t know the difference between a power of attorney and a durable power of attorney? It made her head hurt to think about it all.

Then, Michael gave her information about the service he had used to safeguard his own two cats and dog. He told her she couldn’t just leave Rocky money in her last will because he was considered property in all 50 states, and as such, had no more rights than basic property, like a chair or a computer.

Michael then told her to go online at MyPetWill.com and try out this new service called PetWill. Jennifer went online, typed in the MyPetWill.com address and immediately registered and protected her dog Rocky in just a few minutes. PetWill is just what she had been looking for. It gave her peace of mind and provided legal protection for her beloved Rocky for only $15.95 – in case the unthinkable ever happened.

The unthinkable had happened, Jennifer was unconscious at the hospital with a major concussion and a broken leg, and thanks to PetWill, Michael knew just what to do to take care of Rocky. He was so glad he’d recommended PetWill to Jennifer, and so was Jennifer when she woke up from her fall two days later. Rocky never had to be lost, scared, abandoned or in a strange place, and even if he had, his beautifully engraved MyPetWill.com PetWill tag would have told anyone who his pet guardian was and just who to call to come and get Rocky. Jennifer had protected Rocky’s rights, his dignity and his future by using MyPetWill.com and registering him for a PetWill – all for only $15.95.

It can save your Pet's life!

A better World for Our Pets

Give The Gift They'll Love Simply tell us your recipient’s name and email 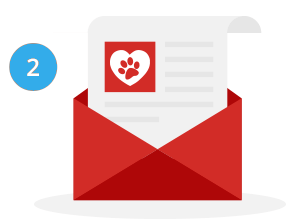 We email them the PetWill Gift Certificate for you 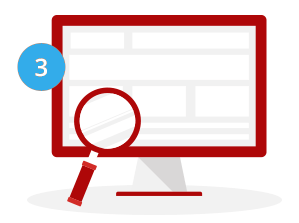 They Redeem your gift and customize their PetWill fast

© 2017 PETWILL LLC          Terms of Use Affiliate Terms Privacy Policy Sitemap Contact
Disclaimer: We are not a law firm and do not provide any legal or professional advice. If legal or other professional assistance is required, you should seek the services of a qualified professional in your jurisdiction. In order to receive a downloadable PetWill Pet Trust document in PDF format (the “PetWill”), you must complete all of the required fields during the multi-step signup process. You must print and notarize your PetWill, with two witnesses present. Use of and any purchases made from this website are governed by our Terms of Use and Privacy Policy.